Cycling In Bangalore, A Guide

There is rather a cliched saying that whatever activity you do in the beginning of the New Year , you are pretty much guaranteed to do that for the rest of the 365/366 days. Well quite freakishly that was the case for me in the year 2011, so considering that I am predicting that I will be doing a lot more of cycling and blogging in the year 2012. Who knows I might be giving a blow by blow account of the events leading to the apocalypse of Dec 21 2012 :P.

Anyway here I am trying to list down all the important pointers a cyclist of Bengaluru might require to enjoy cycling in its vicinity. Majority of the pointers are from my experiences and may not necessarily work for others.

Some Pointers For Riding In Bangalore :
1. Maximize your visibility with bright cloths and front + back lights. Even if that means you look like a peacock :P. The more a cyclist is visible , the less the chances of accident. Atleast here in India when you are riding with all your cycling gear, other motorists actually slow down to have a glimpse. So a win win situation for both :P  Keep to the left and when riding through the footpaths (not sure whether legal in Blore , but abroad it is) ride slow since footpaths here in Blore will be broken at many places.
2. Avoid riding within the city in the evenings (6-8 pm). This is the time when the streets are polluted the most and cyclists suck in almost 3 times more the polluted air than a normal motorist. If unavoidable wear a face mask preferable with a replaceable filter. Also preferably cover ur eyes, ears , mouth and skin too. In short cover all your openings :P.
3. After a long ride remember to stretch the legs. Even though I found stretching to be maximum effective after a run, it doesnt harm after a bike ride too. After a long ride lie down with ur legs above your body for atleast 5-10 mins.
4. Climbing an elevation with the highest gear ratio doesn't really result in bigger and stronger leg muscles. It just results in straining the legs. Keep changing the gears according to the elevation.
5.  Keep the speed limit in the city within 35 kmph. Even though the aluminum framed bikes can go much faster, streets of Bangalore are so unpredictable that its safe to ride along with the traffic speed and not above it.
6. Keep exploring some inside narrow lanes etc for your daily commute. Use google map apps to find out those hidden routes.
7. Keep yourself properly hydrated even if for an office commute. Riders think since Blore's weather is pleasant majority of the time they wont loose much water content.
8. Dogs are another problem cyclists face here in Bangalore. The trick is not to over-react when they come chasing/barking at you. They get attracted the most at the pedaling feet , couple of options would be stop/slow pedaling and/or shout back at them. Works for me all the time :P. Also avoid wearing bright colored shoes, even though this contradicts with Pt no 1.
9. If you are buying a cycle for a first time or after a long hiatus and plan to do atleast some medium distance cycling, then get some tips and advice from the experienced folks.(Here is a good forum for cyclists of Blore - https://groups.google.com/group/Bangalore-bikers?hl=en)
10. Rainy season can be a mess for cyclists. So always get mudguards (either steel or fiber) to cover those wheels even if it kills the looks of your bike. With a already strained drainage system in Bangalore you never know what is getting into your face along with the rain water :P.  Better option is get those fixed from June to Oct months (Peak Monsoons) and remove for the rest of year. Also keep cycle properly oiled especially during this time.
11.One trick to reduce the fatigue of cycling against a headwind is to draft behind some bigger vehicles, preferably moving at your pace. Eg tractors, auto(do at ur own risk :P)
12. And last but not the least, keep yourself motivated. The easiest way is to get a GPS enabled smartphone and keep track of how far you cycled and the  time you took. At least in my case this keeps me highly motivated to keep on bettering my previous records.


3 External Factors which matter the most for cyclists:
1. Headwind
2. Elevation
3. Weather

So riding against a headwind and climbing a steep elevation in the middle of the day is pretty much the worst case scenario a cyclist can encounter.


Headwind Direction depending on month (Courtesy : Wind Energy Resource Survey Of India - I) : 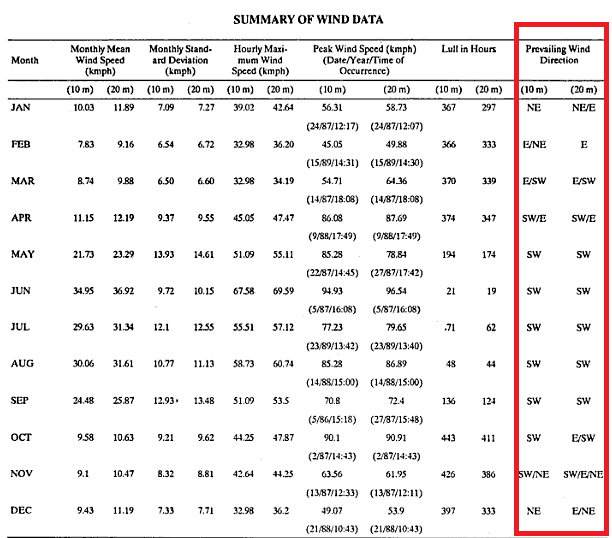 Routes Yet to explore :
Siva's Road
Blore-Maddur-Malavalli-Kanakpura-Blore (Even though having done this n no of times in my motorcycle)


Checklist for a long ride :
1. Special Padded tights. (Even though most cyclists are uncomfortable wearing this, this is a must for long rides. A good measure against saddle sores. )
2. Gloves (you need some cushion for your hands with 1/3 of the body weight supported by it.)
3. Puncture kit (Handpump + Rubber patches + required tools)
4. Full arm t-shirt preferably of quick dry type. (Good for both winter and summer, very good measure against sun burns)
5. Helmet. (for protecting the processor)
6. Sunglasses/clear glasses depending on the time of the day.
7. Front and back lights. (As mentioned earlier more the visibility less the chances of an accident.)
8. Electoral sachets. (You need to replenish the salts you loose at regular intervals. )
9. High energy food, rich in carbs (bananas, energy bars etc) (To prevent hitting the wall)
10. Sunscreen
11. Water, but usually you get bottled water easily at many places along the road. So no need to carry more than 2 lts. Get a sipper + Bottle Cage installed in the bike.


Some Good Shops To Buy Cycling Gear in Bangalore :
1. Decathlon - Sarjapur Road + New One Started in Bannerghatta Road
2. Bums On Saddles Jayanagar
3. RR Cycles near Madivala.
Posted by Nithin at 11:15 AM 11 comments: