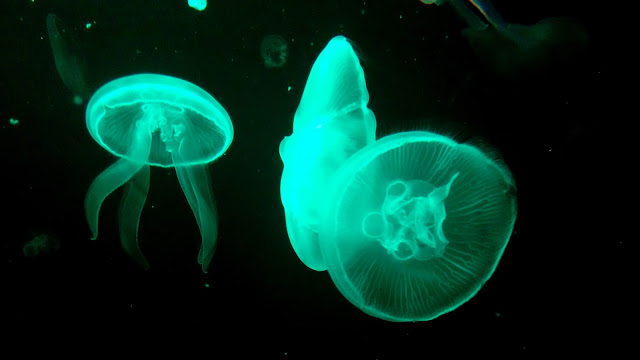 Sentosa Island was the most exciting and fun part of our Singapore trip. This island has so many attractions packed into one tiny area that it takes a minimum of 2 days to cover all of them. Some even go to extent of recommending 3 days for these islands. But based on the 2 day pass we had obtained we decided to go for a 2 day tour. A small piece of advise for those planning to visit these attractions is to avoid the weekends like hell. After seeing so many reviews in Tripadvisor we decided to visit in the middle of the week when the crowd and the waiting time would be minimum.  We had booked a 2 day fun pass which includes a full day pass to the Universal studios. This costs 139 $ /head (link), and value for money if planning to spend 2 complete days in here. Else it is better to select individual attractions and pay for those. 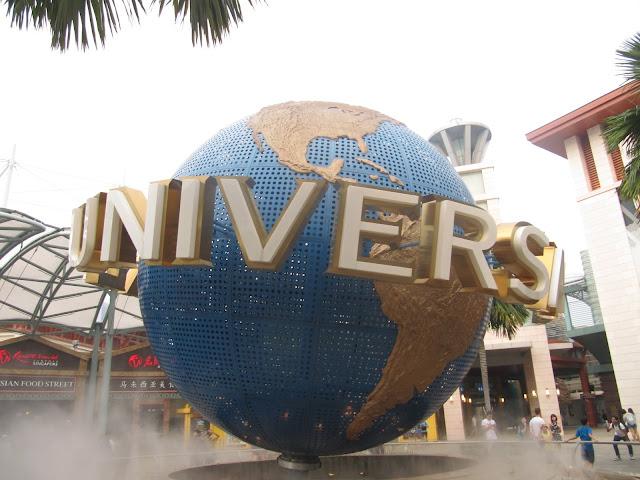 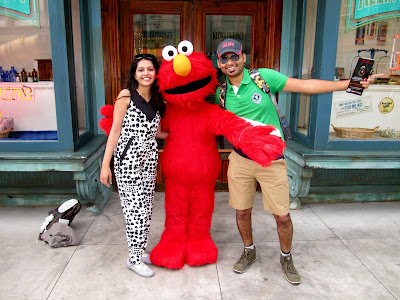 After having breakfast at Little India, we caught a train to Harbourfront station. From here one can either walk the distance to Sentosa island or take a monorail to the centre of the island. I would recommend taking the monorail since it saves time and energy. Day 1, we decided to explore universal studios for the entire day and reserved the attractions of Sentosa island for the next day. Universal studios is divided into various sections based on unique themes and each theme is inspired by some movie/s. For adults the most attractive regions are Ancient Egypt, Sci-fi City, Lost world and for the kids its Far-Far Away and Madagascar.


As it is obvious that we loved the first 3 theme areas with the best rides being the Transformers, Battlestar Galactica and Revenge of the mummy. In these rides they have gone miles ahead of the usual 4D experience that we usually get in the Indian theme parks and they give an almost life like experience. The transformers ride has us trying to escape megatron and effects were stunning. Battlestar galactica has 2 duelling roller coasters the first being the human and the other being alien simulating the dog fights between 2 fighter jets. The g-force endured during these rides makes one actually believe that they are in a dogfight. The human coaster even though much faster than the alien counterpart doesnt go upside down unlike the alien, hence we decided to go for the "human" coaster and it was without a doubt , downright awesome. Revenge of the Mummy has an indoor roller coaster running completely in the dark !!!!!.  Each of these rides had waiting times of lesser than 30 mins and we went through the Transformers and Mummy ride twice. Had wanted to go through the Alien version of the Battlestar Galactica ride , but by then the park had closed.


Had our lunch in a eatery in Ancient Egypt, wherein one can find the only pure vegetarian items in the menu. Checked out lots of other rides of the park notably the live stage show of the Waterworld enacted by live actors, Rapids Adventure, Lights Camera and Action show and other rides in the kiddies section. Overall a must visit place in Singapore. 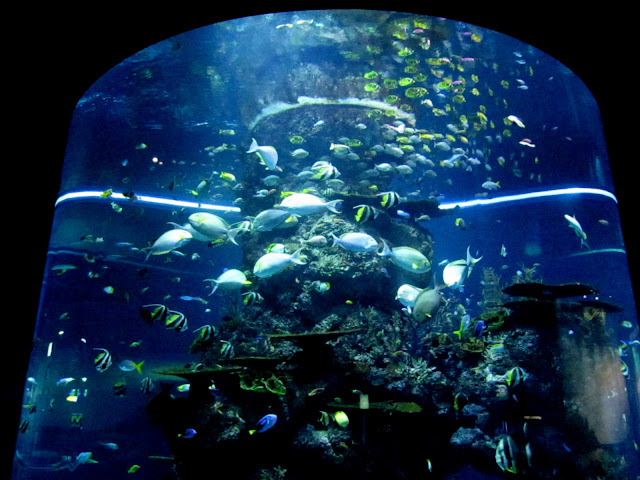 Day two of exploring Sentosa island we went beyond the Universal studios. The fist stop of the day was the S.E.A Aquarium which houses mind numbing number of species that delve in the deep oceans right from the ferocious Sharks to the glowing jelly fishes. The first thing that greets you when you enter this place is the underground glass tunnel right through the shark tank which houses all types of sharks including the bizarre hammer-head shark and easily one is impressed. There are lots of colorful fishes held in smaller tanks and finally in the end is a super huge water tank almost twice the size of the cinema screen holding innumerable number of sea creatures including  giant stingrays and super huge fishes. Following this area is the area of creatures which have made the bottom of the ocean floor as their home such as jelly fishes, octopus, star fishes etc. We spent close to 3 hours exploring this place.


After this we went to trick eye museum where one can take funny pics in front of some painting or installation which almost looks life like. After this we went to Madam Tussauds museum and Images of Singapore LIVE and the later show was one of the few shows/rides wherein we actually felt bored. The other things we tried was trying to ride the Segway, which was fun but difficult to do at the same time, the bit hair-raising para-jump wherein one leaps off a 5 floor building in order to simulate landing from a parachute, tiger sky tower which gives birds eye view of the entire island, luge ride wherein one rides a engine-less kart down a hilly slope, 4D Adventureland which had 3 4D rides including a log ride, ride based on Journey 2 movie and a interactive shooting ride and finally the Combat Skirmish which was super fun and very similiar to paintball fight but instead lazer tags are used and hence completely painless. Two teams were formed with 4 and 3 in each team and surprisingly all of us were Indians :D. 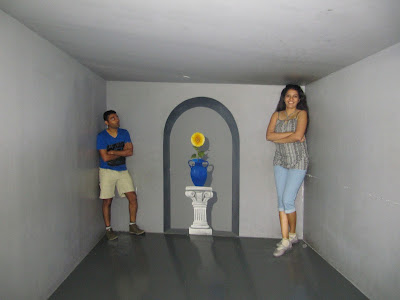 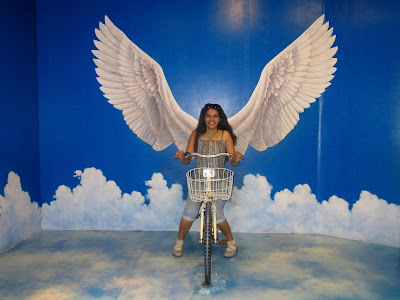 The day ended with the Wings Of Time show , which includes lights, lazers, projections on mist, fireworks etc and was stunning to say the least. This lasted for close to 15 mins and by then we were tired and done for the day. If one has just a day to explore this island then the recommended place is the without doubt the Universal Studios. 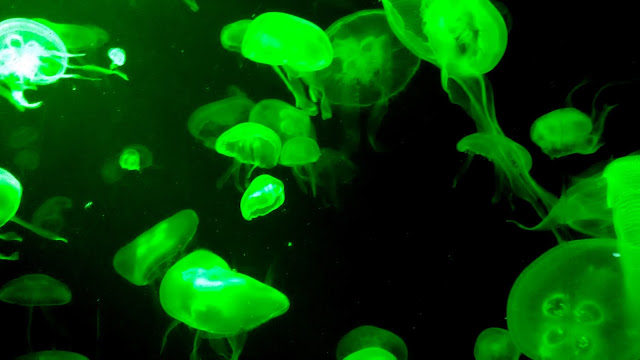 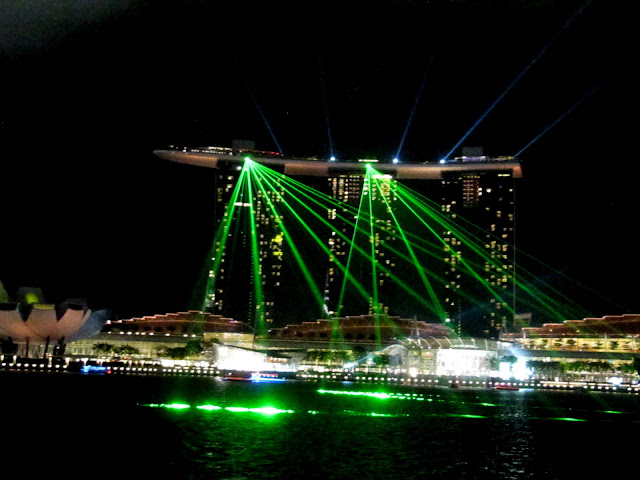 In order to celebrate our first anniversary we decided to go for a weeklong trip to Singapore and Malaysia. Thanks for booking very early prior to the travel dates, we got a very good deal on the flight tickets. This was a self planned and executed trip and according to my rough estimates the cost of self planning resulted in close to 40% saving when compared to similiar package tours offered by the popular tour operators such as makemytrip etc. We had planned for 4 days in Singapore and 3 days in Malaysia with a customized itinerary based on our interests.

We took an overnight Airasia flight from Bangalore to Kuala Lumpur and took a connecting flight from KL to Singapore. Landed in Singapore close to noon and took a metro service to a station closest to our hotel in Little India. One general piece of advice for everyone planning to go to Singapore is that , everything is damn expensive. A km ride from the metro station to our hotel room costed us close of 250 rupees (converted to INR). Therefore carefully select things and places you want to visit instead of visiting a place irrespective of your interest. Further Singapore is well connected by metro trains so it is advisable to use them extensively like we did. 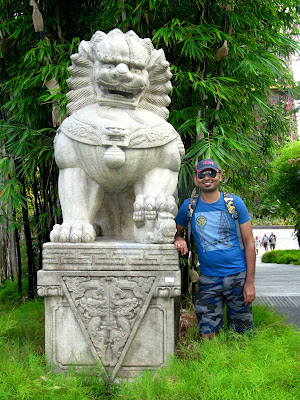 According to me Singapore is the only country in South Asia which can be termed as developed. Developed in terms of not just the great infrastructure or the the service provided , but also the attitude of the local population to work for the greater good of the country rather than their individual selfish motives. So you would expect lot of young and healthy Singaporeans standing in public transports irrespective of whether seats are available or not, so that when someone who is actually in need of them can directly occupy those and for the fact that they take instantaneous feedback right from the immigration process to the person who cleans the toilet, so as to provide flawless service.

Landed up at our Hotel 81 situated in Little India, checked into our 10X10 windowless room at a cost for which one can easily afford a 4 or 5 star room in India. However we got a 50% cashback for our room rents, hence making it much more easier thing to digest. The room eventhough was small was neat and clean and perfect for a couple who would be utilizing it just for resting in the night. Further if one is looking for access to good vegetarian food in Singapore then Little India is the place to be with options like Ananda Bhavan, Woodlands, Komala Bhavan etc. Little India is the hub of the Tamil population who had been brought by the British in the heyday.  After resting in the room a bit we left to check-out places situated around the Marina Bay Sands or the Bay area or the downtown area.

Took a metro to this place and at first we explored the Gardens By the Bay. It can be described as a modern garden with a generous servings of the sound and light effects especially in the night. We strolled around the garden for much of the afternoon , exploring the most notable icon of these gardens, the Supertree Grooves which look stunning especially in the night. There are some indoor flower gardens which we didnt explore because of the mindnumbing entry fee and also for the fact that we would be visiting the much older and better graded Botanic Gardens much later in the trip.

When it was close to sunset we decided to go to the skydeck of the stunning Marina Bay Sands hotel. The skydeck is actually situated in the part which is projected and hanging outside the 3 main buildings holding the ship shaped platform. Incidentally Marina Bay Sands is the second most expensive building in the world with a construction cost of close to 6 Billion USD. With a 23$ entry fee the view from the top was stunning. Birds eye view of the entire downtown area is something which shouldnt be missed. We were able to see the downtown area against the setting sun and stayed long to view the brightly lit downtown area with countless number of skyscrapers. From the top we caught the 7.45 show of the Garden Rhapsody where the Super Grooves are lit up brightly and synced with some lively music. At 8pm we caught another light show, the Wonderfull show filled with lazer lights, projection on mist and so on. Even this was stunning.

After the show we came down the building and walked by the banks of the reservoir which is a pleasure to do so in the evening. Preparations were going on for the Singapore Night Grand Prix wherein F1 cars would racing through the streets of Singapore. Our walk finally ended at Merlion statue, the symbol of Singapore with a couple of mandatory pics clicked with it in the background. We again caught the 9.30 slot of Wonderfull show but now with a different perspective of the Marina Bay Sands in its backdrop. Even then it was stunning. With the quality of the infrastructure provided in order to attract the masses we can only assume their emphasis on tourism. After this we caught train from the nearest station and thus ended our first day in Singapore. 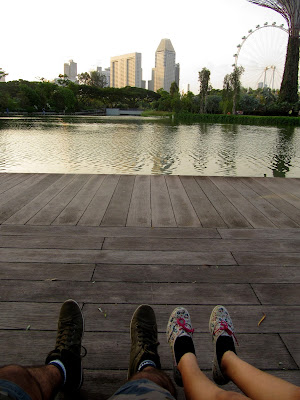