Hong Kong : The Land Of Skyscrapers 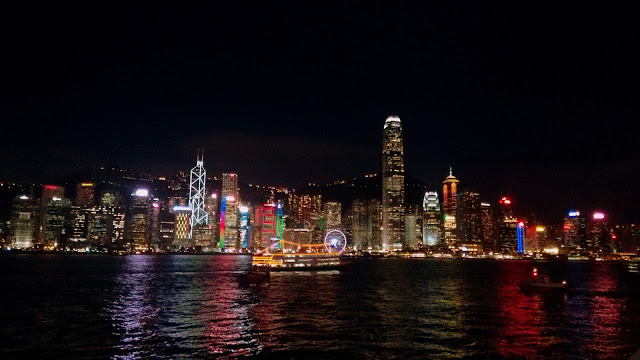 On our flight to Melbourne we decided to take a long stopover at Hong-Kong, 14 hrs to be precise. Since Indian passport holders dont require any special visa to enter this city state. Therefore Hong Kong is among the handful of countries which truly welcome Indian passport holders without any fuss :). Getting entry to this city was a breeze. We went directly to the immigration area and upon producing our onward journey boarding pass, we were issued a 7 day visa to the city at no cost at all. 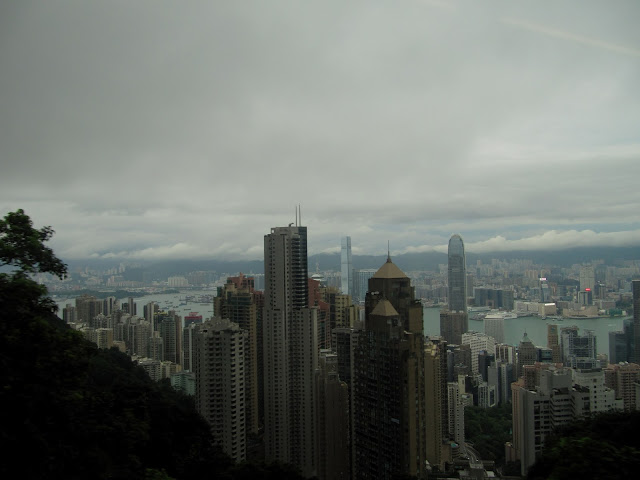 The first thing we decided was the store the extra hand luggage we had at the airport and then we took a one day Airport express pass between the airport and the city costing 100 HK dollars. After getting down at the station we caught a bus to the Victoria peak, from where one gets an awesome view of the city. As a matter of fact this city-state has the highest density of skyscrapers anywhere in the world. It seems to be a great achievement of building such a bustling city with very little land resource available. Therefore the only option available is to go up !!!!. But unfortunately the weather was playing hide and seek with bad weather and clouds constantly engulfing the views. We infact had a great view of the downtown area from our flight on its approach towards the city. 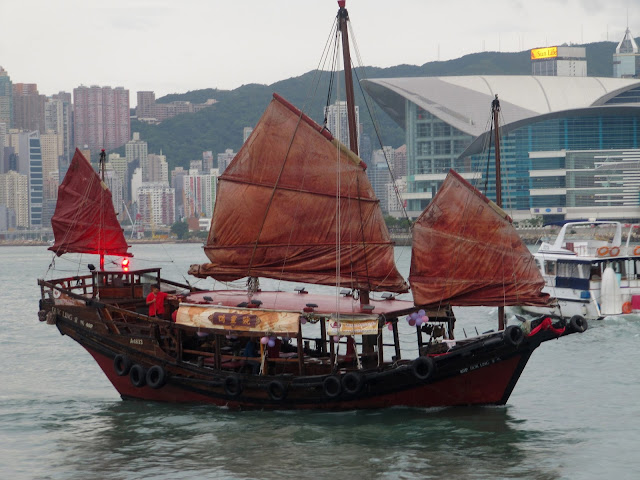 There are actually 2 viewing galleries on the Victoria peak. One is free and the other is charged. If you take a tram from the base of the peak then the tram stops inside the Peak Tower, the viewing gallery of which is charged. On the other hand there is another building right next to it, known as the Peak Galleria, wherein the terrace which is not charged. Spent some quite and relaxing time at the viewing gallery and took the tram on the return journey. The tram is a heritage ride dating back to the 19th century and the gradient of the track is also quite steep. The surprising fact is that we took close to an hour to reach the top using a bus and took just about 10 mins to come back to the base in the tram :D. 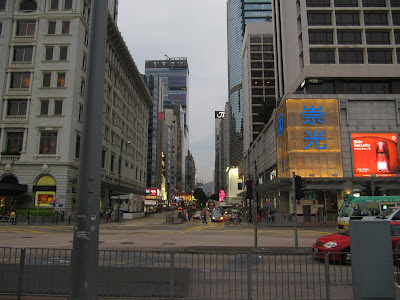 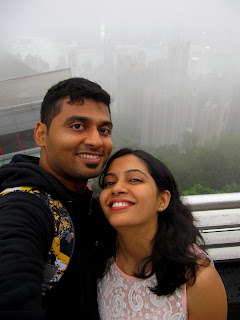 From the base we took a bus to the Victoria harbour. We roamed around this area admiring the neck craning super structures. We crossed the harbour via a ferry entered an area known as TST, which provides some great views of the harbour with steel and glass masterpieces in the background. Also the best spot to view the Symphony of Lights, a show which is free of cost and projected to be the biggest show of its kind in the world. But the light show left a lot to be desired. It starts at 8pm and lasts for around 15 mins, but we got bored with the scheme of repeated things that we decided to leave within 10 mins. In short it was a series of flashing lights on the buildings with no concept whatsoever. In my opinion its highly overrated. But anyway its free of cost, so you dont loose anything. After the show we took a train back to the airport and onwards to our journey to the Down Under :).
Posted by Nithin at 7:21 PM No comments: