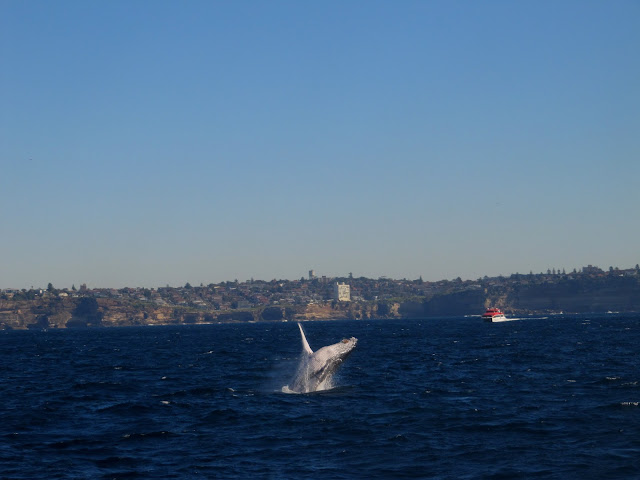 Whale watching is one of the more popular attractions for tourists in Australia especially during the winter months. Unlike the likes of Sea World where one would see trained sea animals confined within a small pool, here you can watch completely wild whales on their great migration from freezing Antarctic waters to the warm cozy waters of the Great Barrier reef . These apparently they do every year and by the end of the winter head back to their rich feeding grounds in the Antarctic ocean. There are various species of the whales undertaking this journey, but the most easily spotted ones are the the humpback whales, which also travel closer to the coastline, making it easier to spot. Even though technically not as big as the blue whales (which are rarely spotted along the coast), the humpback whales are majestic in their own right. 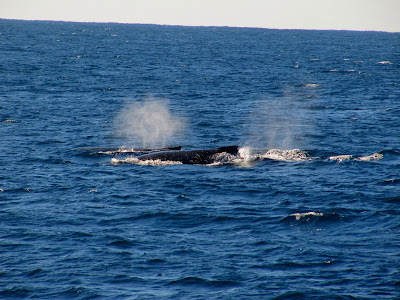 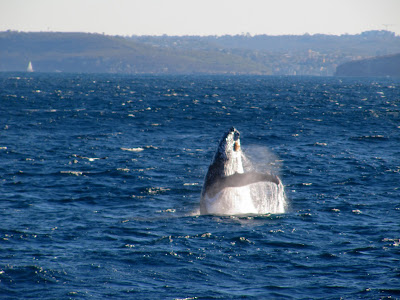 From Sydney, there are various tours offering whale watching cruises which last from anywhere for a couple of hours to full day. The best season to encounter these beautiful creatures is in the end of June and beginning of July with maximum sightings during this period. Hence we planned our trip to coincide with this period and we were not disappointed.

We took the morning trip starting from Circular Quay and we entered the open water , which was the highway for these creatures. Within 10 minutes we started to get sightings. Whales breaching water and diving back into water is one of the most beautiful things to watch in the wild. They do this in order to get rid of the parasites in their skin which are removed due to the impact of water. The impact sound on the other hand is heard by other whales kilometers away and used also as a mating signal. 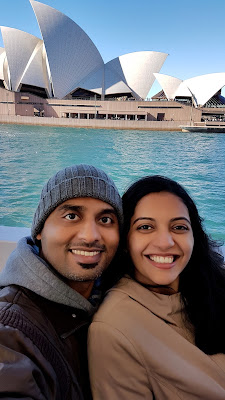 The first encounter was exciting , but with so many sightings with nearly 100+ breaches by the end of our 2 hr trip we were a bit saturated, but found ourselves lucky at the same time, since some cruises dont even encounter even a single whale , leave alone a breach. Overall a very satisfied customer !!! ;) 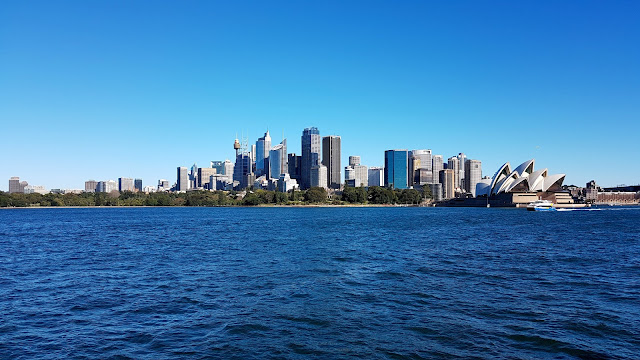