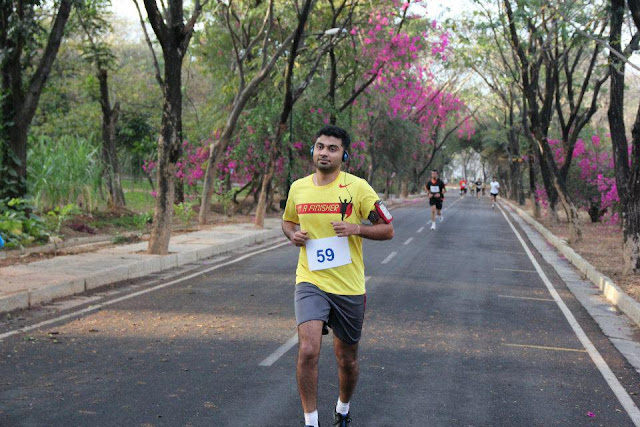 Tvarun means acceleration in sanskrit language and this was the name given to the first edition of the annual IIM-B run with participants varying from alumni, students, professors and kids of any of these. Kind-off a IIM-B family get-together. All the participants were called to assemble at exactly  6.45 am on a lazy and a chilly Sunday morning of 17 Feb 2013. Since running 10k was part of my regular training regime didnt do anything special for this race. The 10k run started at exactly 7 am and so we started running through the awesome shade filled streets of IIM-B.  There were close to a 100 participants for the 10k run. The sun was pretty much out in glory but couldnt penetrate the thick foliage. Within the first 100m of the race the groups were formed with me part of the leading group. Shocking !!!!! In any of the marathons I have run so far I have never been a part of the leading group , let alone 3rd place :). I was running with a constant pace of around 12kmph , my usual speed for my weekly runs for the first 2.5km. 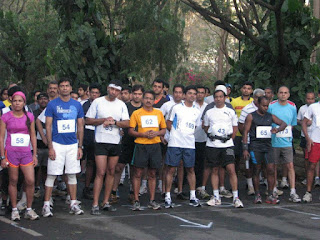 But as soon as I crossed the 3km mark my speed dropped to 11kmph and then to 10kmph and then I was overtaken by a lot of people. Really a lot of runners with the number being 10 :(. Since there were no timing chips the organizers had come up with a unique concept of collecting colored rubber-bands at strategic places, which somehow felt like taking part in some competition in school :). Enjoyed that part too. Anyway finished the race strong with a final sprint and with my career best timing of around 53 mins for 10k. Not bad, even though I couldnt even make it to the top 10 finishers. But having seen the competition have a new goal of having a podium finish sometime soon, since non of the competitors are professional athletes and neither am I :). 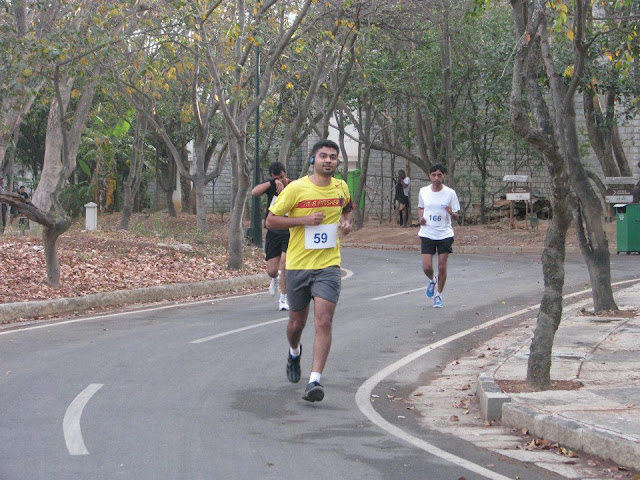 Finished 7th after a last minute nail biting overtaking of an exchange student :) 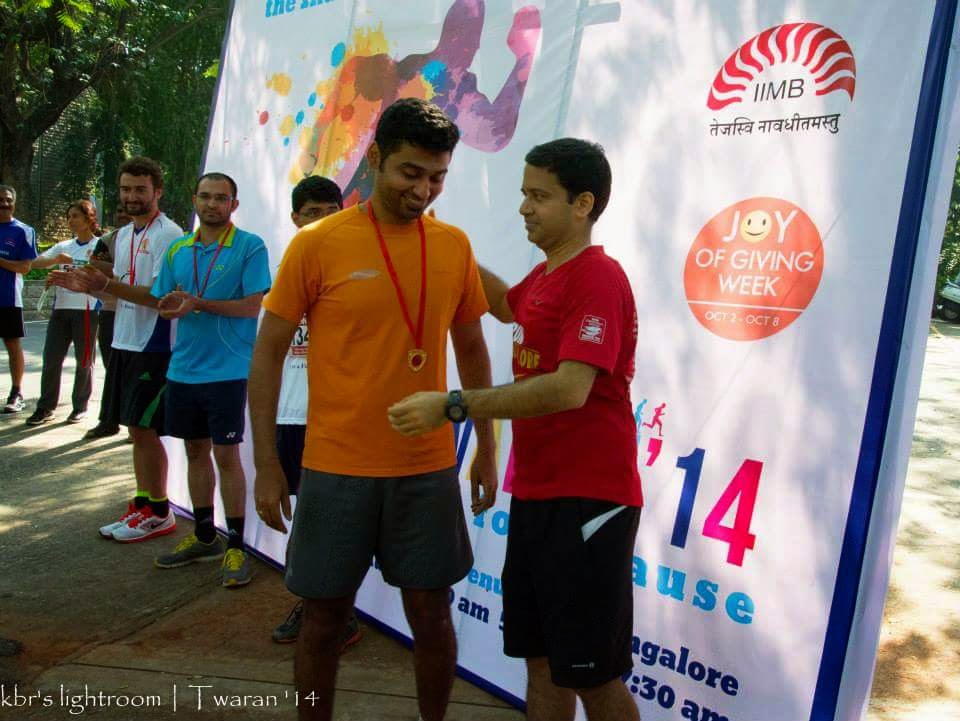 Posted by Nithin at 3:28 PM No comments: