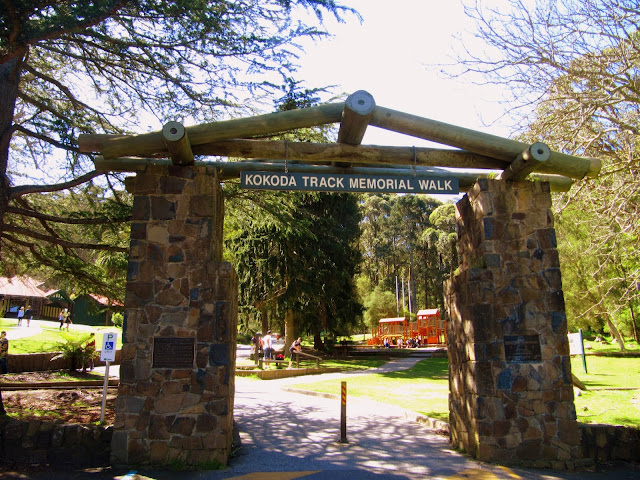 Mt. Dandenong is definitely Melbourne's favourite hiking and picnic spot. We got to know about this during our trip on a weekend. There are close to 4 hiking trails in here and on a normal weekend you can expect them to be jampacked with couples, families with small kids, friends climbing up the mountain. This is quite in contrast to the hiking trails in India, which are generally deserted. Hence gives a idea of how much of importance a general Australian gives towards fitness.

Mt Dandenong is around 50 Kms from the CBD and considering the never ending expansion of the city of Melbourne, this area has been gobbled up by the city and now forms a suburb of greater Melbourne. The ride to start of the hiking trails is great with winding roads and dense forest. We parked the vehicle at the visitor centre and started the climb. We decided to climb via the Lyrebird trail and return back via the 1000 steps trail, also known as Kakoda Memorial trail. The most famous of all the trails is the 1000 steps trail, which was developed in honour to the Australian soldiers who fought in the Pacific islands during the 2nd world war. 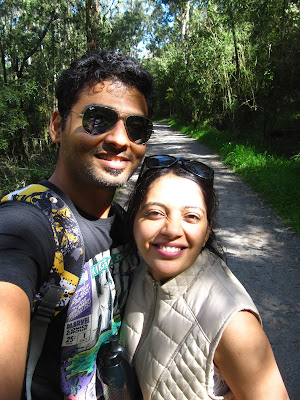 From there we went towards the Skyhigh, a spot from where one gets great views of the CBD. There is an entry fee of $5 and they are quite a few spots to visit apart from the viewing platform. There are parks, mazes, a restaurant and other attractions. One can spend close to 2 hrs in this place. After this we returned back to our home.

Melbourne : The Most Liveable City in the World 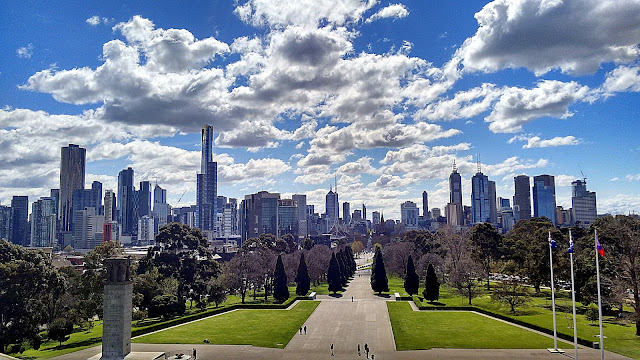 Australia which literally means the southern land would be our home for some time. It was time to explore a new country and Australia was the choice based on a lot of personal parameters. It has the lowest population density among all nations , considering the massive and sparsely populated bushlands and is quite well known across the world for its natural beauty.  This country is truly multicultural with a quarter of the population being foreign born and half of the population having atleast one parent born overseas. A good example of such a society would be the celebration of Deepavali and Oktober Fest being held side by side in the heart of Melbourne city. Most of the cities of Australia are the best to live in the world, with Melbourne taking the crown for 6 years in a row. So what makes Melbourne the undisputed winner comes down to just one parameter "Quality of Life", which I was truly impressed with.  An average Australian's priority is to have a good life and not just to earn and make a living out of it, with the government and the infrastructure supporting it.  Interests such as traveling, sports, food are a norm and not restricted as a hobby. Where else do you find public holidays for sporting events like finals of Australian football or for a horse racing cup !!!. When we landed in Melbourne from Hong Kong, the first thing we noticed were the endless green grasslands engulfing the city, with a lot of friendly people. The only factor which can be considered negative about the city is its weather. I have experienced instances wherein it would be blazing hot during the day and freezing cold during the night. "4 seasons in a day" is a terminology usually associated with Melbourne's weather.   In this blog and the subsequent blogs I would be exploring the city of Melbourne which would be our temporary stopover for 2 months. 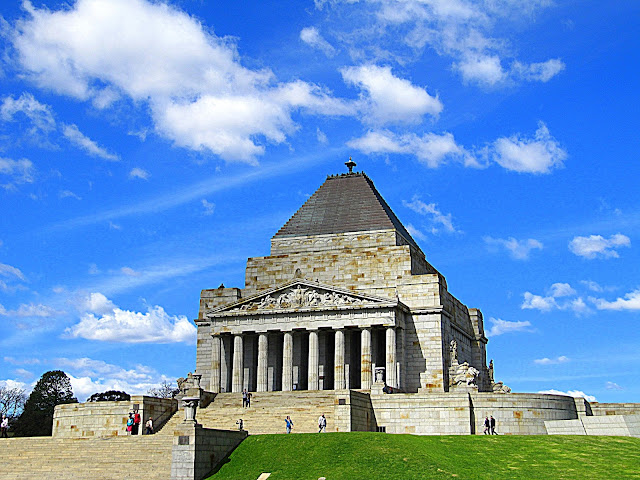 One of the best structures in Melbourne and also a place from where one gets an awesome view of the Melbourne skyline.  This building is initially built to commemorate Australians who have laid down their life during the First World War, but subsequently it is used as a memorial to all the Australians who have served in a war. There are 3 different levels in this greco roman structure. The main sanctuary with impressively high ceilings is at the ground level. The centre of a shrine acts like one big pin hole camera allowing a ray of light to fall on a plaque to honor the servicemen and women. In the basement is a very expansive museum detailing the history of the wars fought by the Australians and finally the balcony above the sanctuary is a spot from where one gets really good views of the city.  Entry is free. 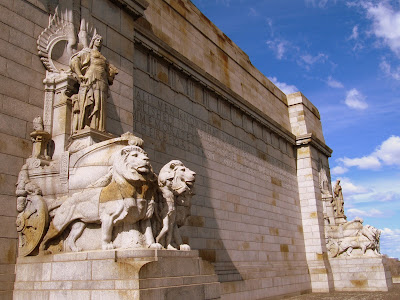 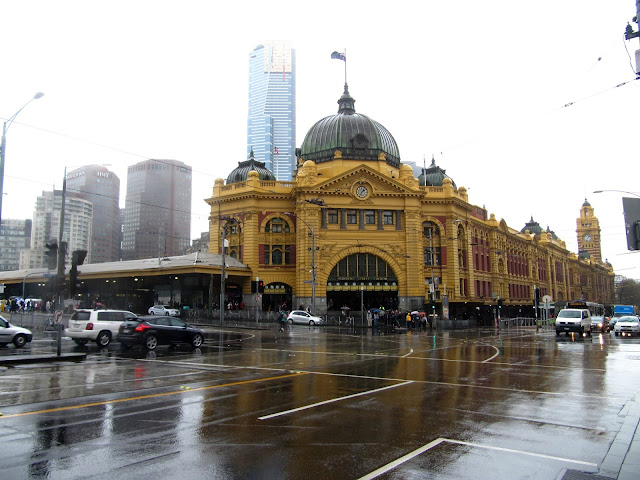 The gateway to the Melbourne CBD. With all the metro trains making a stop in here. The heritage train station is the one not to be missed. It was the first railway station in an Australian city,  and was completed in the year 1909.  The yellow colored building is a true symbol of Melbourne and it is quite heartening to see that the station has gone through various modernization process without affecting the heritage value of the structure. 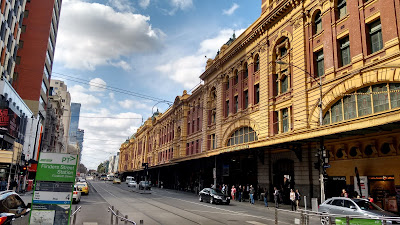 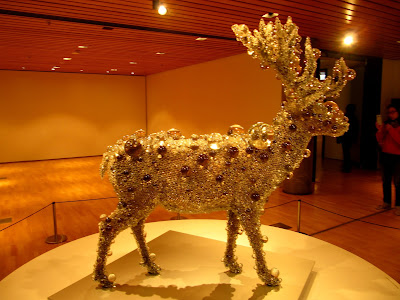 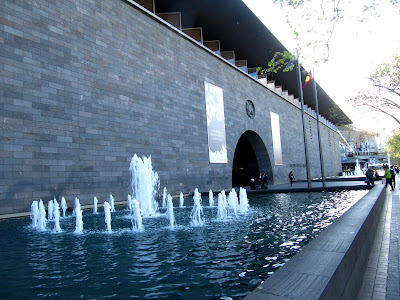 National Gallery of Victoria or NGV in short are present in 2 different locations. The first one is NGV Australia right opposite to the Federation square and concentrates on displays from Australian history and artists from this country. There are innumerable number of galleries and most of them are free to enter. The other building NGV International is huge and the biggest of its kind art gallery in Australia and situated in St Kilda road , opposite to the Shrine of Remembrance. It has exhibits from innumerable cultures and nationalities. It takes atleast 3-4 hours to cover this gem of a place. One would find European renaissance paintings, Japanese porcelain art, Indian bronze statutes, aboriginal arts and so many other collections. Is a must visit place in Melbourne. Further NGV international also doesn't have an entry fee. 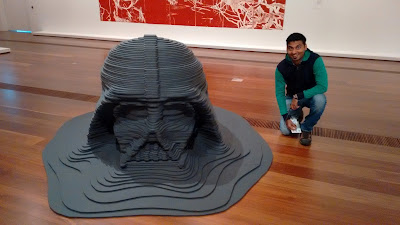 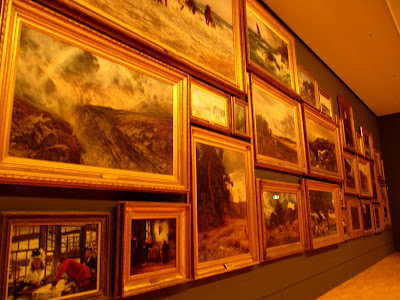 
This building is built right next to the parliament building and dates back to the same era of 1860's. Initially built as the treasury building, but now converted to a museum, surprisingly concentrated on the criminals of Australia and the gold rush era. This museum is mildly interesting and in my opinion not a must visit. There are cellars in the basement which used to store bullion and also there is a room which seems to hold a a lot of real gold , protected by a shatter proof glass. Not sure if it is real gold or not though. Entry is free.

Throughout Melbourne one would find captivating and colorful street art spread across the length and the breadth of the city , majority of them are illegal in nature. But right in the heart of the city , there is a lane wherein graffiti is legal and is a major attractions for visitors to this city. In Hosier Lane one would expect to find some new art every other day. 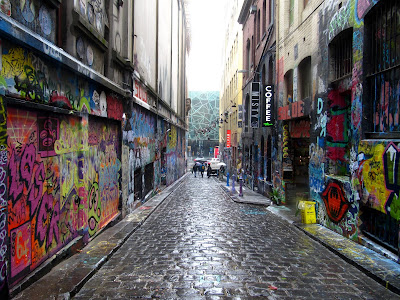 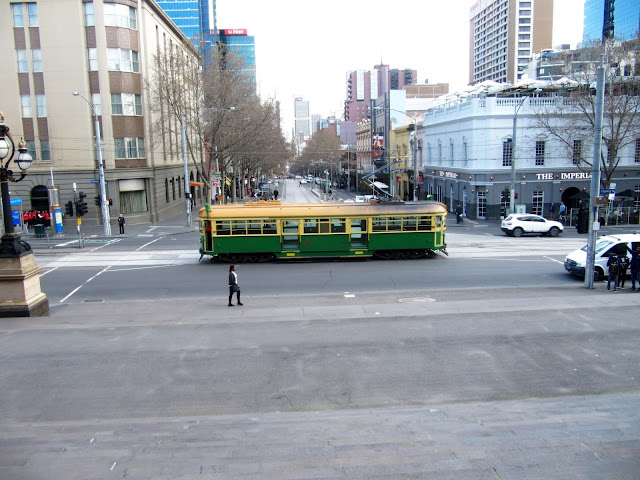 In Melbourne the CBD is a free tram zone and whenever you want to go anywhere within the CBD one has to just hop into a tram without any charge. Apart from the regular trams there is heritage tram specifically designated for tourist usage, known as the city tram circle, taking a complete loop around the CBD stopping at major tourist spots and also provides pre-recorded guidance about the various attractions. 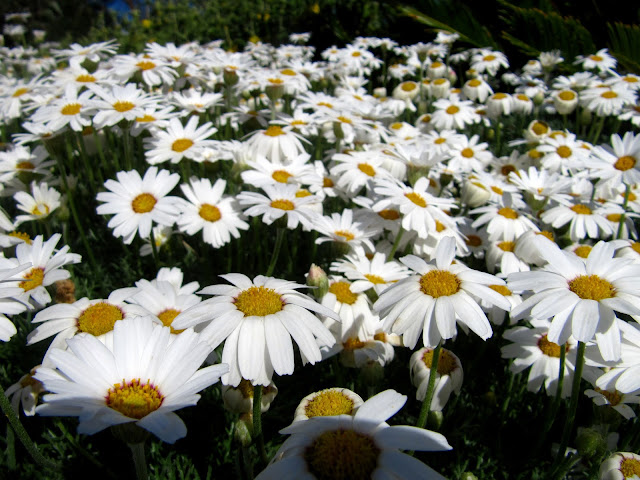 The biggest lung space in the heart of Melbourne. One would find various types of trees and flowering plants within this space. Includes different ecosystem such as marsh, lakes, desert etc. Interesting place to explore. Entry is free. 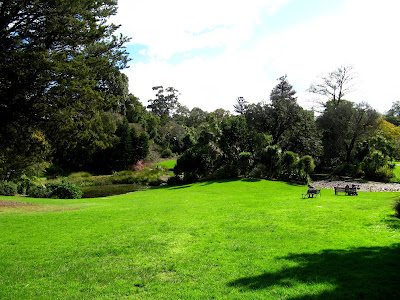 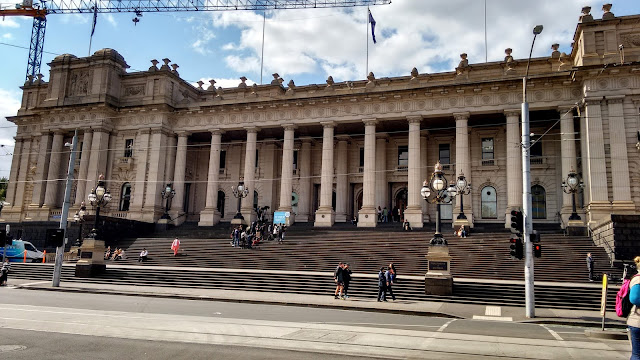 This 150 year old building is currently used as the parliament for the state of Victoria. However in the past it was also used as The Parliament of Australia, before the one at Canberra was developed and built. Free guided tours are provided on weekdays, which last for around 45 mins and the guides are quire informative explaining the details of the upper, lower houses and the history of the parliament. The building is quite majestic reminiscent of the Victorian architecture. 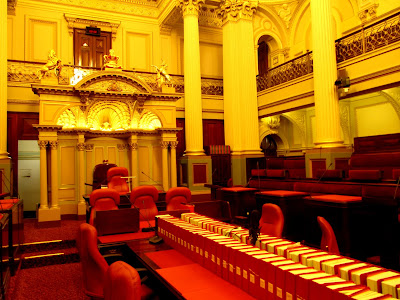 Posted by Nithin at 6:04 PM No comments: