Off The Beaten Track : Belum Caves And Gandikota 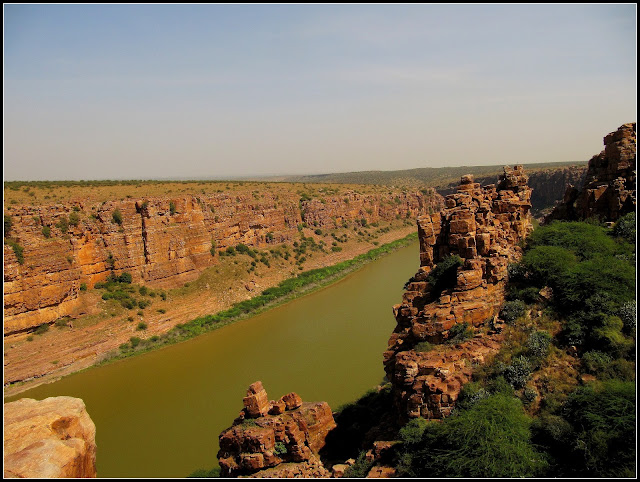 On the final day of our trip we had decided to thread an off beaten path. We decided to visit Belum Caves and Gandikota , which are yet to gain popularity in the tourist circles. The major reason being that these places of interest are pretty isolated in terms of proximity to other tourist attractions as well as to civilization. The nearest major city is Anantapur, which is close to 85km from Belum caves. Yet it was an awesome experience exploring these unique attractions all by ourselves, without being bothered by anyone. 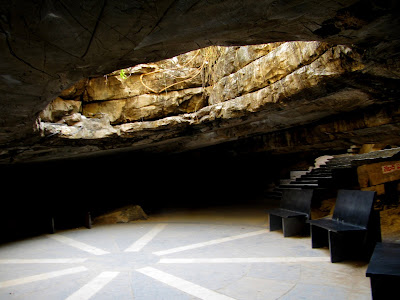 We set off quite early from Anantapur after having our breakfast. We even got our lunch packed, since we knew there is quite a dearth of good restaurants after leaving Anantapur. The route between Anantapur and Belum caves is good and for the majority of the section it is a double road, and the cherry on the cake is it is not even tolled :). But the landscape is very barren, almost resembling a desert, simmering with heat. We were in the district of Kadappa , land of the famous Kadappa granite. They are numerous industries processing this stone. Seems like this is the primary economy and job provider, apart from huge cement factories from all the major players. 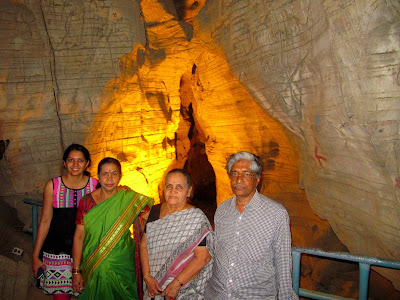 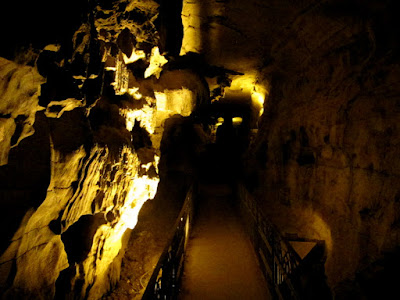 We reached the entrance of Belum caves at around 10.30 am. These caves open from 10 am to 5 pm. And surprisingly we were the first tourists for the day. After getting the entrance tickets, we got hold of a guide who is provided "free" of charge. Free because officially he is not supposed to be paid by the visitors, but unofficially they expect a good tip for guiding you into the underworld maze. Thankfully they pump air into the caves at strategic places and hence it doesn't get that hot. And the walk inside the cave is suitable even for those who are aged. The interiors of the cave has been "sanitized" with a lot of ambient lights , unlike the one in Malaysia wherein they have tried to preserve the cave in its original form along with its inhabitants. Hence as expected Belum caves is void of any local fauna, except for some stray bats which loose their way and end up inside. 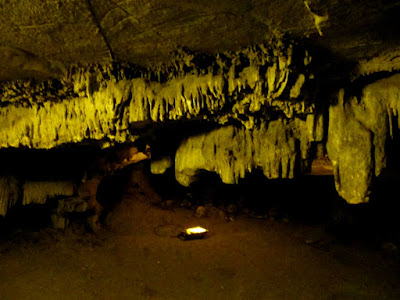 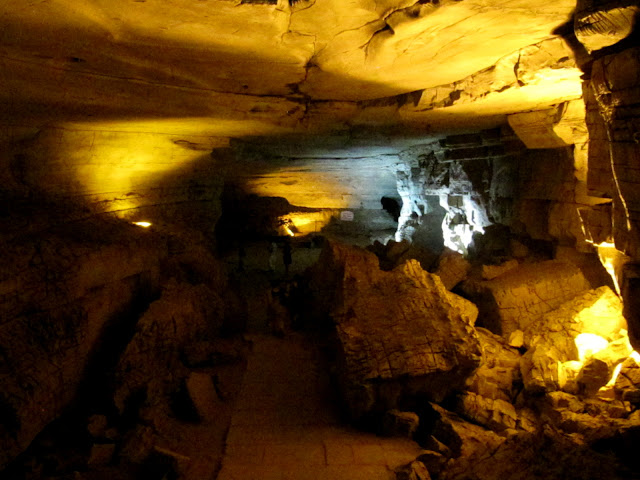 These caves were discovered in the late 19th century by a British surveyor. Later on, in the late 20th century a group of Germans explored and mapped these caves. A total of 3.5 kms of the cave has been explored , but only 1.5km of these caves is open for tourists. The cave at its deepest point is around 150 ft from ground level. These limestone caves have been carved due to erosion by an ancient underground river, hence resulting in halls and tunnels of giant proportions and smooth walls. 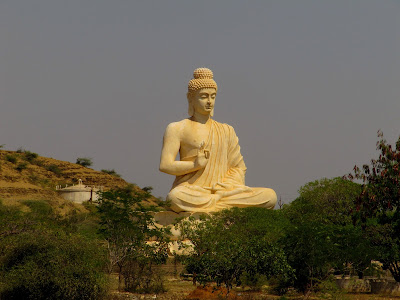 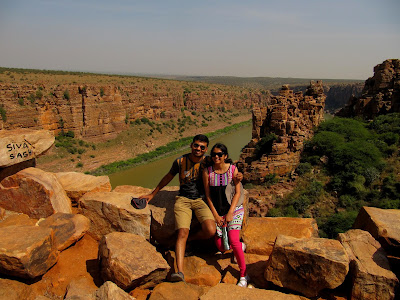 The important places of attraction within the cave are the pathalganga , the deepest point of the cave wherein we can see a small rivulet flowing, the dyana mandira, which was terribly hot due to the fact that air was not pumped in, Kotilinga chamber, where the stalactite and stalagmite formations are in the shape of shivalinga and so on. This tour lasted for an hour and half and was exciting. After resting at the entrance we were again on our way to Gandikota. Btw, there is a giant statute of Buddha near the entrance of the caves.

Gandikota is famous for 2 things. One is the ruins of the temple of the Vijayanagara era, hence getting the tag of mini Hampi and the second is the gorge over river Penna, which resembles the Grand canyon in US. Hence India's own Grand Canyon :). The distance from Belum caves to Gandikota is around 65kms and in decent condition. Once we take an exit to Gandikota from Jammalamadugu, the road becomes totally isolated, void of any traffic, and providing some great views. We reached this place in peak afternoon and the first thing we were greeted on entering this village is the Fort wall encircling the entire village. On one side you have the impregnable fort wall and on the other side you have the unscalable gorge. It was fun driving the car through the numerous gates of the fort wall , lined up in a zig zag manner.


One can drive the car all the way to the small parking area, close to the Jumma Masjid after crossing the village. Immediately we went to gorge view point and it was breathtaking in every sense. It was like a very deep gash perpetrated by the river Penna. One gets a birds eye view, with a drop of nearly 500m down to the water level. The other structures of interest within this village are the Ranganatha temple ruins, Jumma masjid and the huge granary. One can also get a good view of the reservoir. After spending close to an hour at this place it was time to return back to Bangalore. The drive back to Bangalore was event-less, apart from region around Kadri, which has lush green fields and forests, like an oasis in the middle of the desert, and very pleasing to the eyes, with numerous lakes brimming with life.