Melbourne: The Most Liveable City in The World Part 2 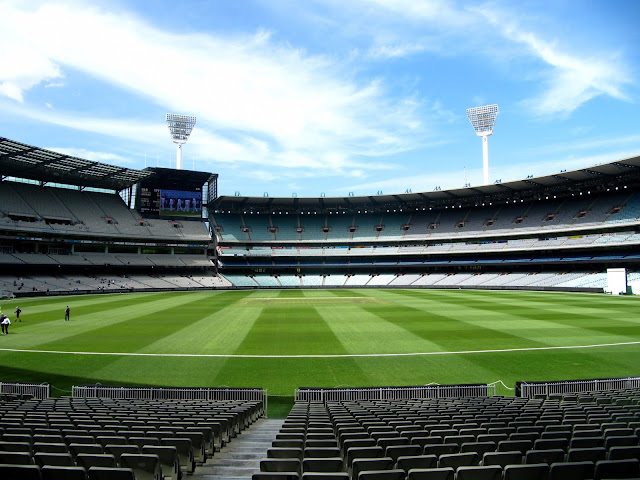 The MCG or simply known as THE G is sits exactly at the heart of a sport loving Australian. Simply the biggest and the one with great history , it is a place not to be missed. Home to Crickets matches in Summer and Australian rules football in the winter season, it has that wow factor associated with it. We went for a guided tour which charges 23 dollars per head and lasts upto 45 minutes. All the guides are generally well into their seventies , with our guide being eighty years of age and very knowledgeable about the grounds its history and so forth. The Ground doest meet the expectation and is a grandiose piece of art. There was a ongoing domestic match between Victoria state and Queensland, which the former won very easily during our guided tour itself. The guide took as to various viewing galleries, commentator stations, museums and so on. On days with some international matches scheduled the guided tour would be canceled. 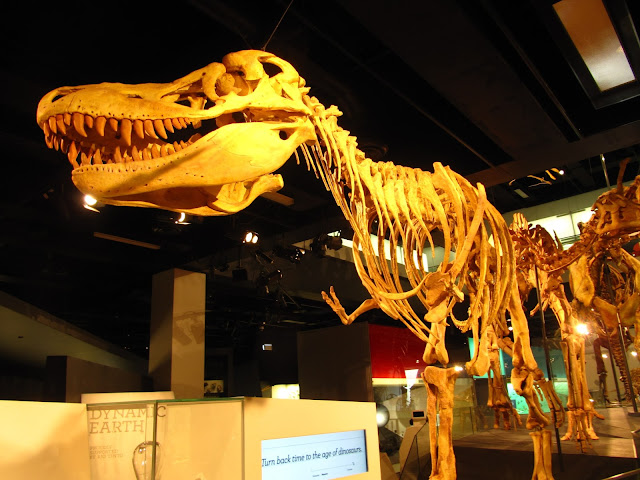 One of the best museums that I have visited. Its quire vast and requires majority of the day to explore it at a leisure phase. There are various themes within this huge museum and ranges from rainforest, human body, arts, history, fossils and so on. The exhibits at many places are not just display pieces , but an experience wherein visitors are encouraged to immerse themselves to understand and get a feel of things. Separate entry fee is $14. Within the museum building is the huge IMAX theatre of Melbourne, which showcases documentary movies during normal works hours on weekdays and Hollywood blockbusters on the other time slots. When we were visiting we were shown the movie exploring space, stars and planets and it was very interesting to watch with the added effect of IMAX 3D. We bought combined entry fee to the museum and IMAX at $27. 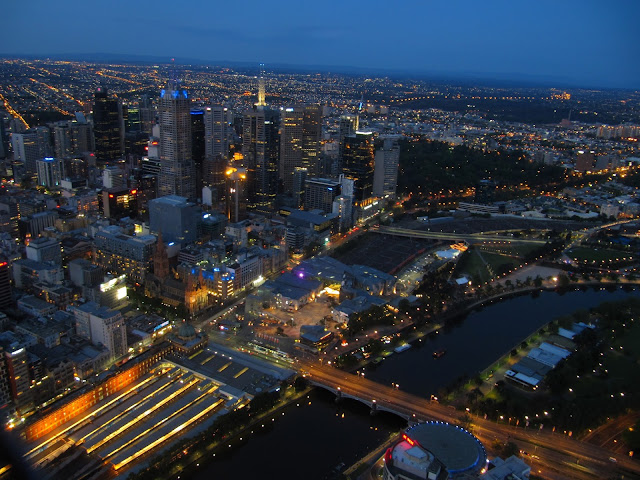 To get the best birds eye view for general public would be to go to the viewing gallery 300 meters above the ground. This viewing gallery provides a 360 degree view of the entire city and it is recommended to go at the time of sunset to enjoy the daytime and night views along with the sunset. But rest assured many tourists also think on the same lines and it would be generally crowded during this time. We didnt get the perfect sunset thanks to the clouds, but got some great views of this sprawling city.  Entry fee is $20, with the additional $12 for the glass box entry which in my opinion is only worthy for those having fear of heights. There is also a room, not having any windows and lets you feel like flying 300 m above the ground. 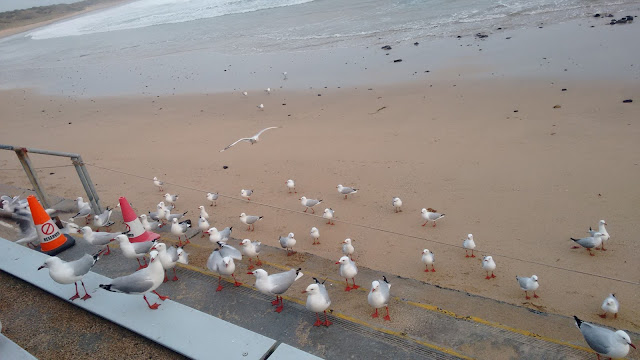 Though not technically within Melbourne, this island is in the eastern side of the city and close to a couple of hours drive from the city. The best thing about Phillip Island is not to be missed "March Of the Penguins". It does definitely sound like a show wherein the little penguins and trained to give some sort of performance, but believe be it is nothing like that. The human contact is kept at the minimum possible level. Everyday at sundown thousands of little penguins make their way back into the island in big and small groups and it is just awe-inpiring to see all those tiny beautiful creatures. Photography is strictly banned including non flash photography in order not to stun them. So literally it is see with your own eyes to believe it, with hundreds of penguins you can watch up close and personal.

One of the best markets in Melbourne to buy local souveniers, food, vegetables, cloths etc. This market is as good as it gets to a street market that everyone is so used in Asian countries. The prices are not dirt cheap and sometimes are more expensive than budget supermarkets like Kmart etc, but nevertheless a good place to visit. 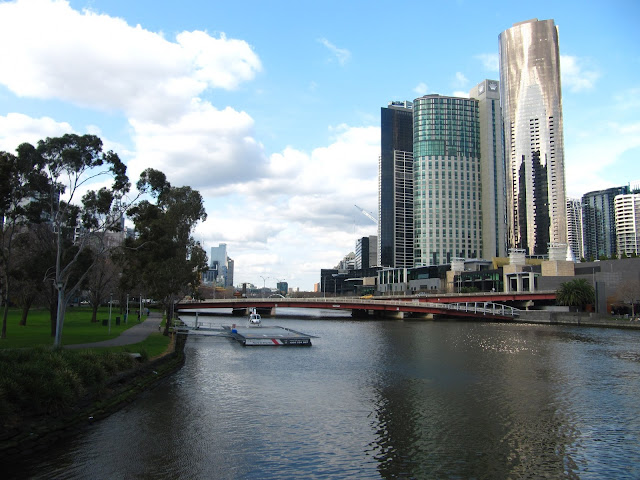 The best walk in Melbourne would be the walk along the Yarra river in the CBD area. This area is packed with eateries, people and with lots of street shows especially on weekends. The views are great with the beautiful Yarra river flanked on both sides by super tall buildings.

7. Yarra River Trail
The more rugged version of the Yarra River walk mentioned above. If you think that the Yarra River walk is too "developed" for your liking , then this would the perfect answer for you. This trail takes you to more remote places upstream of the Yarra river and is perfect place to go for a run or mountain biking. There are lots of trails following the various rivulets of Yarra river mainly concentrated on the North Eastern side of Melbourne such as Ivanhoe, Viewbank, Hiedelberg etc. This was my favourite place to go for a long run with horse ranches , kangaroos, cookatoos for company. 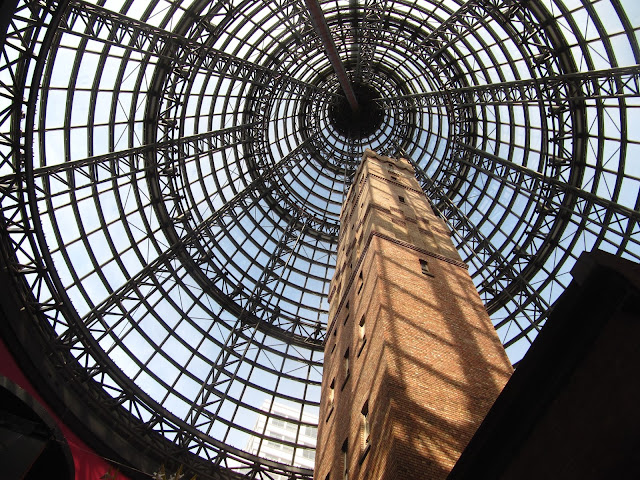 The shopping hub of Melbourne especially for the shopaholics. Situated in the CBD area of the city. Can spend a lot of time exploring this mall. The place not to be missed is the central atrium with jawdropping views of the glass dome structure.

Posted by Nithin at 6:39 PM No comments: