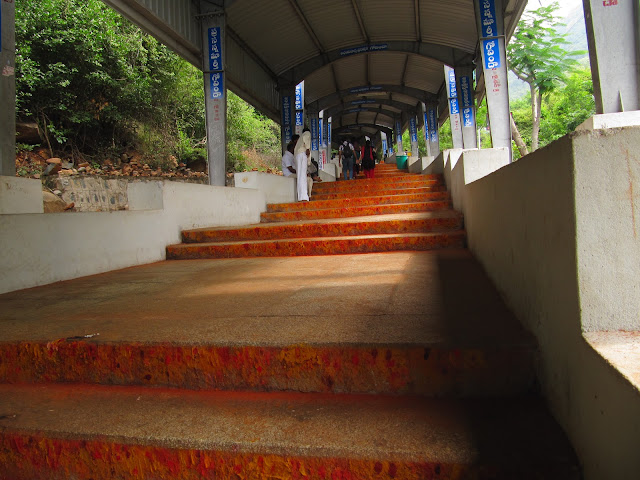 A visit to Tirumala was in offering since quite some time. Thanks to my busy schedule we finally decided to go on a free sunday ie 30 Sept 2012. Plan was to drive to tirupathi, trek the hill via Srivari Mettu, have darshan and return back on the same day. But when you have tirupathi darshan in plan nothing can be predicted. We started very early in the morning at 4 am and after a drive in reasonably good roads reached Tirupathi at around 9.20 am (Bangalore->Hoskote>Chittoor>Chandragiri>Srivari Mettu). Parked our car near the entrance of the steps and hence started the climb of 2300 steps, which is sheltered for most part of the journey protecting the devotees from the elements of nature.  For seasoned trekkers this climb is just a piece of cake , but for others it might be a bit difficult, but supposedly this is easier than the other footpath to the top. 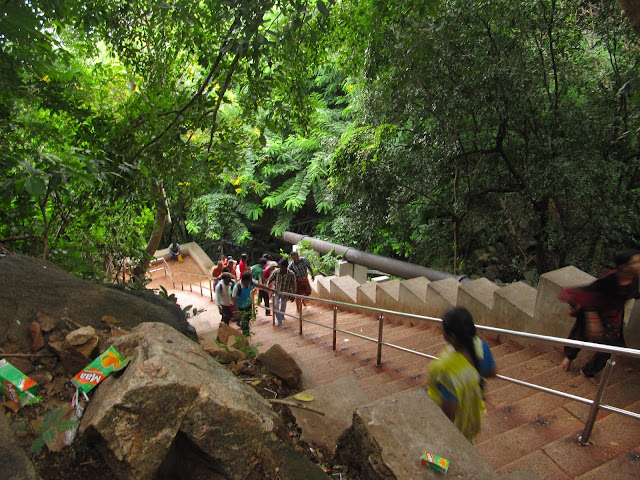 There were toilets and watering points at regular intervals , hence in short the infrastructure provided for such a climb is fantastic. The reason we decided to climb rather than directly driving to the top is that people who take the footpath get higher preference than people who come for regular darshans. We took a total of around 2.5hr to cover the distance. There are couple of check points enroute. At the first checkpoint they give the tickets with the persons photo and when you reach around the 2100 step you have a stamping guard who puts a seal on the ticket confirming the climb. 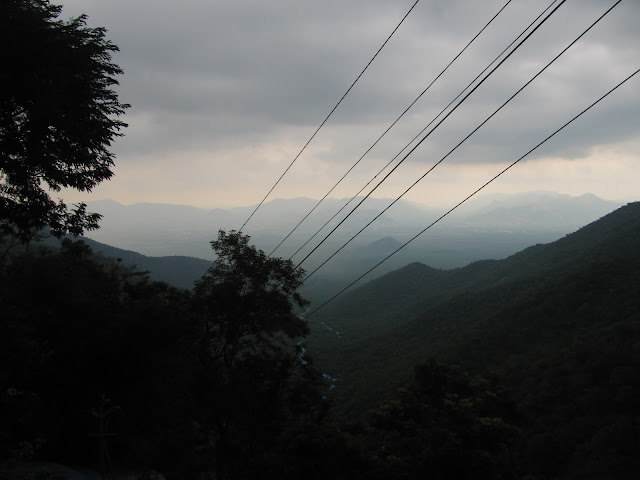 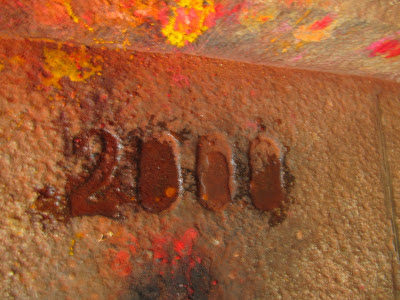 After reaching the top it started to rain very heavily , hence we had to wait for a bit. Since we were not sure how much time it would take to have darshan we decided to have our lunch and then proceeded to join the line which was specific to people who had taken the footpath. But from what we could see the line was humongous, snaking through a park in a circuitous way. Thanks to the cloud covering our 3hr wait in the open sun didnt seem like that much of an effort, but after that we lost patience and decided to return. According to our prediction we were atleast 6-7hrs away from the darshan and we couldnt go with that considering that we had to drive back to Bangalore on the same day. Actually we had decided on a wrong day. The previous week was Brahmotsava where darshan is not allowed, hence the "sea of humanity" is amplified during this weekend.

Also I felt that this place is commercialized to the core. 50 buck darshan,  350 buck darshan, 1000 buck darshan etc, and the more you pay up the faster you would have darshan. Even the prasadham distribution is not spared. Hmmm, why that parity when people say God treats everyone equal. Anyway after this day I have decided  to avoid going to Tirupathi. Took an hr long taxi from the temple to our parking point which cost us 1.5k. Were back to Bangalore at around 11pm after a long tiring day. 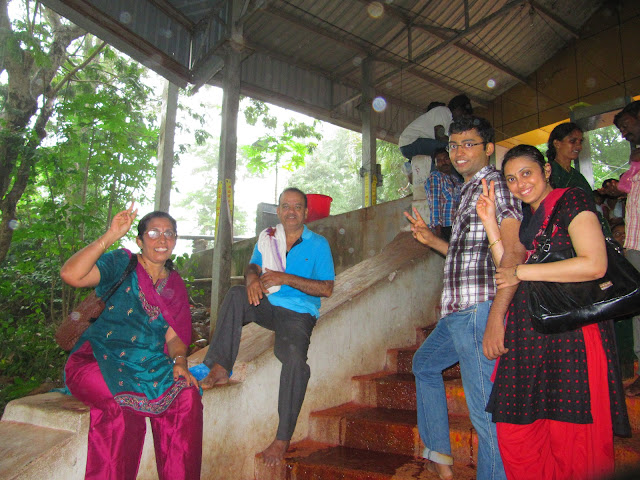