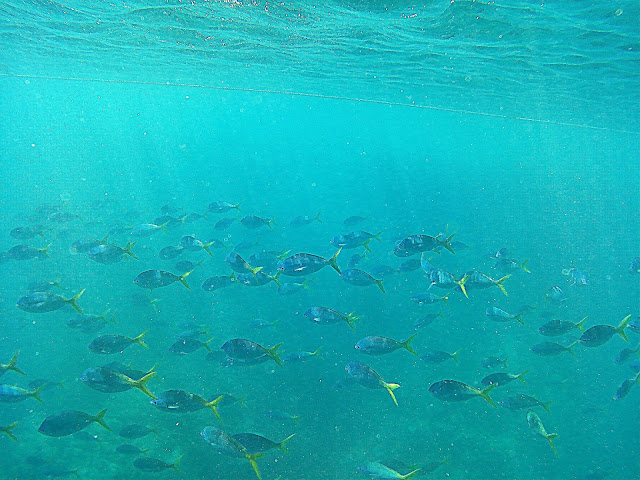 For so long I had studied about the Great Barrier reef in my school years, about it being the biggest natural wonder in the world. So that was my must-visit-place when in Australia. I actually had no idea about how big this was, until I did some internet research. This majestic nature wonder flanks majority of the Queensland coast starting from the Faser Island till the northern tip of Australia, beyond Cairns and Port Douglas. There are many convenient places to explore it such as Whitsunday Islands(Airlie Beach), Cairns, Port Douglas, Townsville, Mackay and we had shortlisted Whitsunday's just because of a great airline deal. Well there was one more reason, the Whitehaven beach, which is considered to be THE BEST Beach in Australia. How could one miss that. 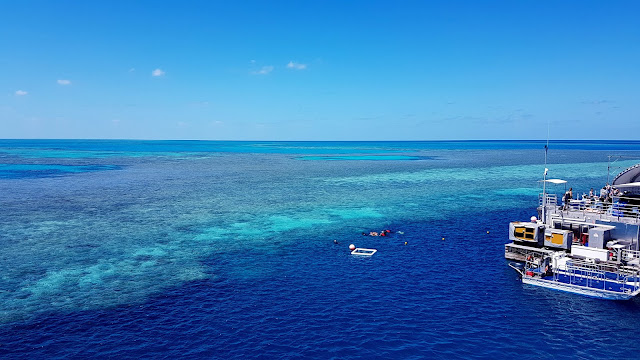 Ours was a short 3 day trip. 1 day to explore the Great Barrier Reef and the other to explore the Whitehaven beach and the remainder to just relax. A short and simple trip :). 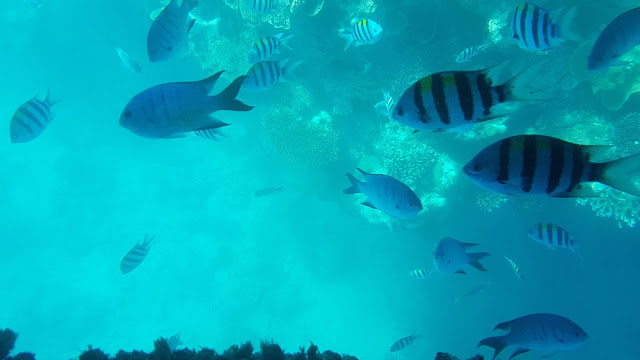 The trip to the Great Barrier is the most interesting part. Its a full day trip in a medium sized cruise ship leaving early in the morning and returning by nightfall. The Great Barrier reef is close to 3 hours of boat ride and we reach a temporary pontoon in the middle of nowhere. The Great Barrier Reef is something which can be appreciated by going under the water and not that much above it. But as soon as we reached, we could see the spectacular reefs with those crystal clear turquoise waters. There are many activities which are part of the package such as scuba diving, snorkeling, under water gallery, helicopter joy-ride etc which caters to various demographics and tastes. It is no wonder the reefs are famous world over for their marine life. But we can see the effects of global warming, more prominent here than anywhere else. The reefs have started to bleach and slowly the entire reef ecosystem might turn white and marine life would just die over the next few years. That's the sad part. But we still enjoyed a lot snorkeling and observing various marine life at close proximity. Food is also provided in the pontoon. Got a go pro camera just to capture underwater images, which was worth it :).


The next day we took a half day package of the Whithaven beach. This is on an island close to 1 hour from the mainland. We were dropped at the beach to enjoy the pristine beach to our hearts content. 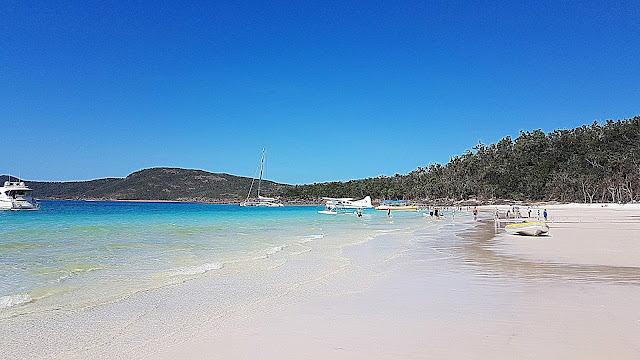