Sydney : The Heart Of Australia 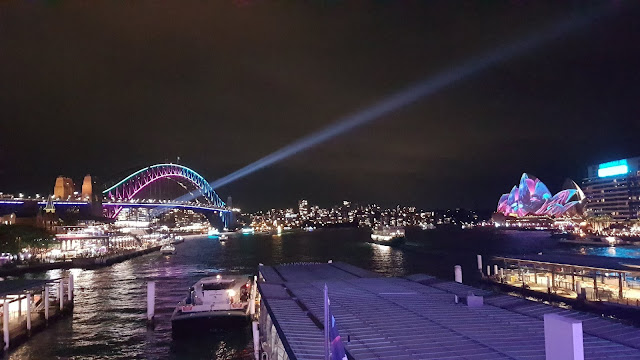 Eventhough Sydney just a small drop in a big ocean named Australia, if just one city has to represent it, it would definitely be this city with its world famous tourist attractions and melting pot of cultures from around the world. Compared to the other Australian cities it might seem crowded,  with its job opportunities and it being the financial capital of the ANZ region, but with so many things to visit and experience it is truly a world class city.

Touted as the best harbour in the entire world for its views, which includes the famous "hanger" bridge and the Opera house, which are the iconic symbols of Australia in their own right. A site to the spectacular vivid light festival during the long winter hours. Darling harbour is another harbour further inland. Not as dramatic as its cousin, the main harbour, but still spectacular.

There innumerable stunning beaches dotting this harbour city, which gives Sydney an upper hand when compared to the other Aussie cities. Sydney has Bondi, Manly and Coogee which are the famous ones, but there are innumerable small and secluded beaches one can find along the entire coastline. The coastal walk from Bondi to Coogee is not to be missed.

Sydney is literally surrounded by National parks in all directions. This is one of the main reason why the city is facing constraints in expanding and is doing so only towards west where there is some breathing space.  There are infact close to 50 national parks and conservation areas inside the city and in its vicinity. Towards the north of the city there are likes of Kuringai and Lane Cove national parks. Towards the south one of the oldest, Royal National Park. On the east coast is the Sydney Harbour national park and towards the west the likes of Blue Mountain national park.

Just about 50 kms from the city central,  acting like a huge boundary wall for this majestic city are the Blue Mountains. There is so much to do and see in the blue mountains. For the hardcore nature lovers there are innumerable walking tracks which range from anywhere from a couple of hours to a couple of days. The best walking track in my my experience is the National Pass trek which takes close to 2-3 hrs one and the double if returning on the same or other tracks. For the touristy kind there are places like the 3 sisters, Katoomba, Scenic world and so on.

The core part of any modern man made jungle are the concrete buildings, and Sydney has quite a few of very iconic buildings. The first obvious ones are the Harbor bridge and the Opera house. Other notable building include the very gothic and huge St Mary's cathedral and the iconic Sydney tower which gives 360 degrees brids eye view of the city.

Some notable museums in Sydney include the Art Museum of NSW which has a free entry. This has an endless collections of art from the ages right from Indiginous art through to the Victorian era right upto the modern era. But frankly speaking museums in Sydney are a bit of a let down when compared to Melbourne, with the endless and colossal NGV museums. Probably Melbourne had to compensate in some way to their gloomy weather and keep their citizens happy :).

With one of the most expensive real estate market in the world, it is no doubt that the green breathing areas within the city under tremendous pressure to hold their ground. Some of the famous green spaces within the city are the Hyde park, which includes the War memorial. Not as grand as its Melbourne counterpart though. The botanical gardens which is sandwiched between the Opera house and the sea. This area comes alive during the annual Vivid light festival conducted during the winter months. 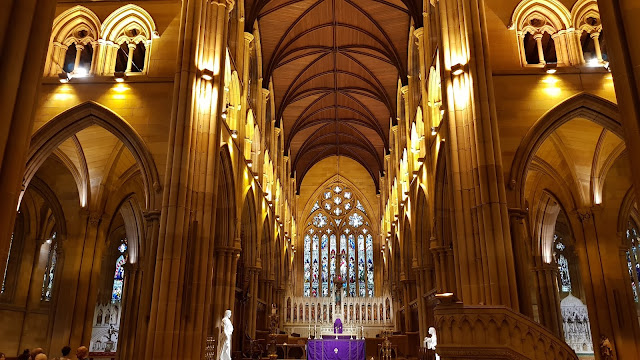