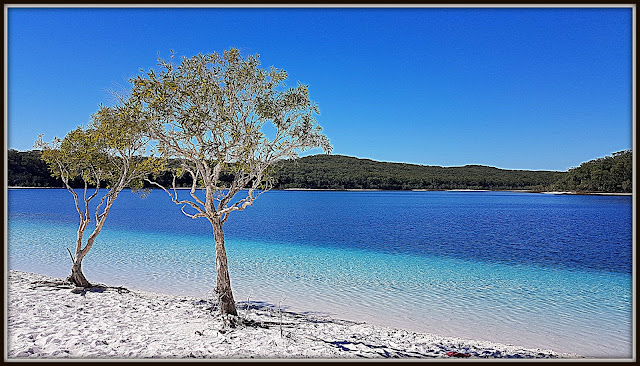 There are 3 biggest sand islands along the Queensland coast and all of them are at a drivable distance from the city of Brisbane. Frazer island is one of those remote islands and is preserved beautifully as a world heritage site. The access to these islands are via ferries from places like Harvey Bay and Rainbow beach. There are no proper roads within these islands and all the vehicles have to either use the inland bumpy roads or the wide sandy beaches for moving around the island based on the tidal activity of the ocean. Hence that means obviously only 4x4 vehicles are allowed into this island. 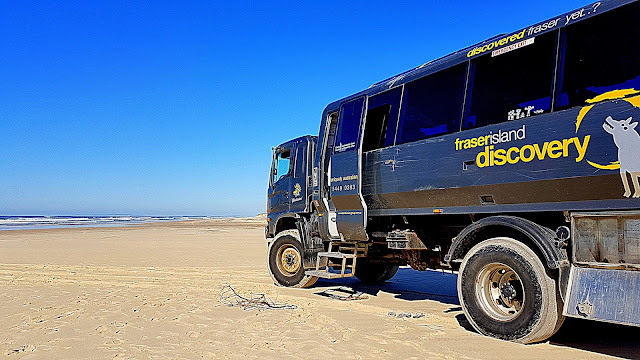 Since our car is a normal sedan, only option was to either hire a vehicle or go through a guided tour. We decided to do the later and our tour bus picked us early in the morning from a spot in Sunshine coast. There are various tour packages lasting for days together based on one's interest and we decided to go for a single day tour. Our means of transport was a refurbished 4x4 vehicle, used previously by Australian armed forces. Hence it was fairly comfortable journey in-spite of the road conditions.

We crossed the sea in a ferry and landed up in Frazer island. Initially our vehicle zoomed through the beaches crossing various fresh water rivulets draining to the ocean. These rivulets had crystal clear water and is prime source of drinking water in the island. First stop was the Central station, which used to be the heart of the island during the days when they were logging in the island for timber.  That is something unique about Australian cities or town, where there would be a place known as central. Currently abandoned after this island has become a conservation zone to protect its unique flora and fauna. This is one of those unique islands wherein rain-forest has adapted itself to grow on sand. Interesting. 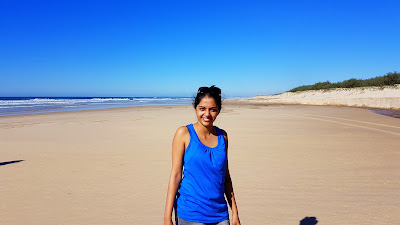 The seventy five mile beach is the artery of transport into the island. It forms one of the longest beaches in the world running close to 120 kms. It also acts as a runway for small planes flying into the island. So much so that they even have a speed limit boards running along the beach. One can cruise in their 4x4 vehicles, with shark infested ocean on one side, rainforest filled sand dunes on the other and endless beach track ahead. A perfect driving experience. 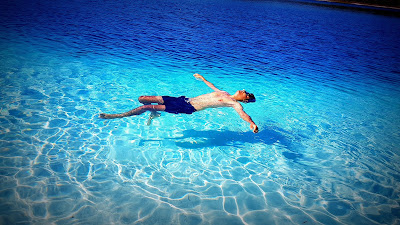 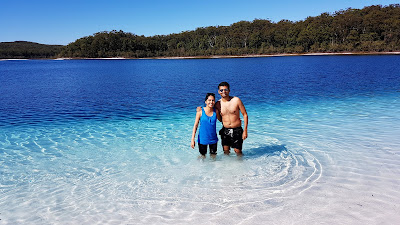 Frazer island is also known for wild dingo population. Dingo is nothing but wild dogs and it was a bit odd for us to seek the dingos when we had seen millions of Indian street dogs back home, which look exactly the same. The highlight of the trip was a visit to Lake Mckenzie. We visited this island in the middle of the day, when we had a clear sky. Since we had visited on a working weekday, it was practically empty. The lake is easily the most pristine water body I have ever seen, with it gleaming under the afternoon sun under various shades of soothing blue. The initial shallow part of the lake is completely transparent and as the depth increases so does the shade of blue. Apart from this lake there are countless other lakes in the island which are formed due of collection of water between the sand dunes over the period of time. The sand bed also acts as a natural filter and hence we have crystal clear waters. We played to our hearts content in the mineral rich water. 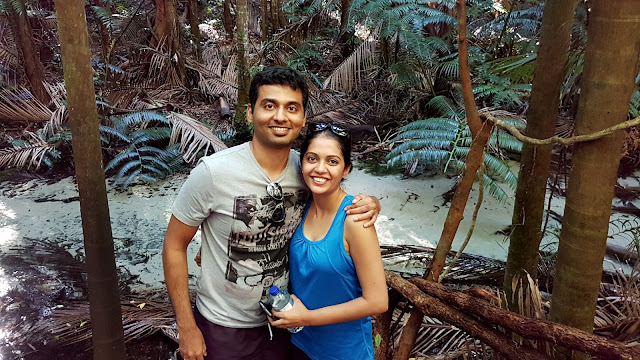 After lunch we went for a walk along the Eli Creek. This creek with again crystal clear water was used by aboriginal tribes as a meeting place strictly for the women folk. Since the aboriginals had already got enlightened with the mineral rich properties of the water of this creek, they used it as a spot for child births, which is similiar to the latest trend of water birth in the western world. The walk along the Eli Creek and the rainforest took us close to half an hour at a leisure pace and was very enjoyable. 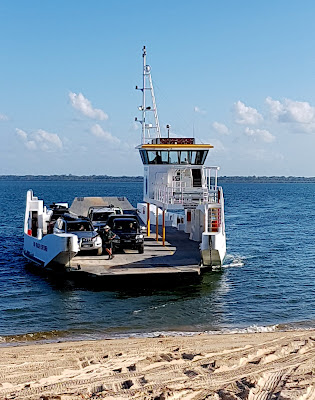 Finally it was time to return back. We took the ferry back to Rainbow beach and enjoyed its namesake under the glow of the setting sun. It was also a pretty sight to watch. Hence one more world heritage site is struck off my list. 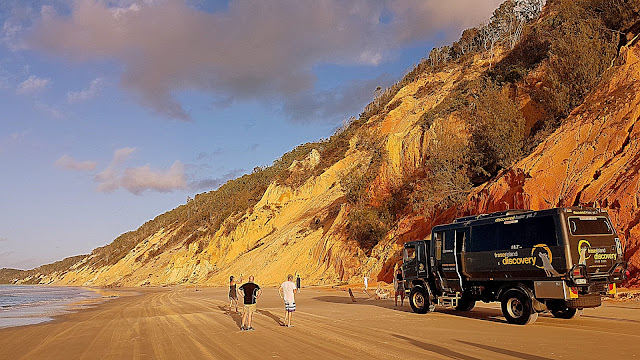 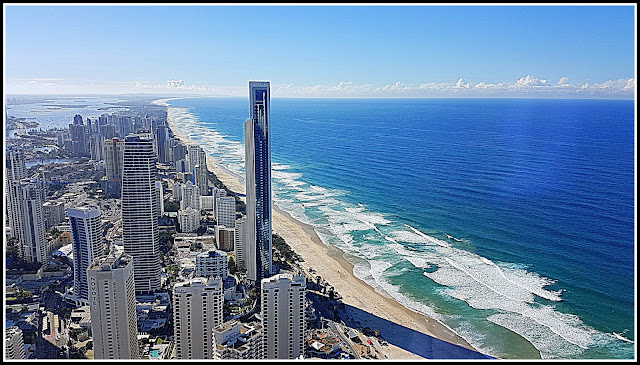 Gold Coast is indeed the vacation capital of Australia. It has one of the highest number of theme parks and other tourism based attractions in Australia, which is unusual for a town which is just 1/10 the size of cities like Sydney and Melbourne. The best attraction of Gold Coast is definitely the endless golden beaches. Listed below are some of the attractions we had interest in and visited. Apart from these there countless number of other theme parks like Dreamworld, Seaworld, Wet N Wild, Whitewater world and so on. The best deals for these theme parks can be obtained from websites such as experienceoz. 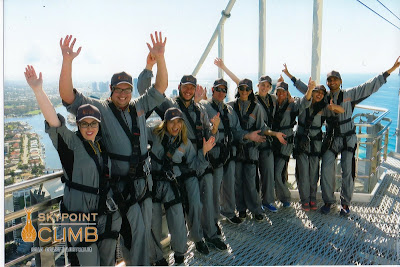 Q1 building is the tallest building in Australia and also in the southern hemisphere. The design is inspired from the 2000 Sydney Olympics torch. Even though there is an observation deck from where one gets great views of the Gold Coast area, we decided to do something more adventurous, opting for the Skypoint climb , which involves climbing outside the building to the topmost point of the spire, getting an even better view and just a harness for safety. Skypoint ticket also includes a free ticket to the observation deck, hence this made more sense to us. After providing a brief with all the equipment such as harness, jumpsuits etc we entered the exterior of the building from where one has to climb close to 50 steps to reach the pinnacle. It was not as scary as I imagined it would be. But the views were great from here. We were provided with a complimentary cap and a group photo. Individual photos are extra. 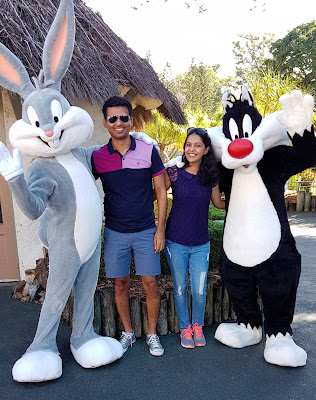 Supposed to be one of the best theme parks in Australia wherein we enjoyed a lot of rides related to the movies produced by the Warner Bros Studios like the Superman, Batman, Green Lantern, Bugs Bunny, Road Runner etc. But to be frank this theme park was not as spectacular as the Universal Studios which we have been to. However having said that it is still a very enjoyable place.  We went through some scary rides like Superman, Green Lantern and Arkham Asylum. There are a lot of road shows happening which involved a lot of comic and cartoon characters. There is also a kiddy zone especially targeted towards children. There is also an indoor Scooby Doo roller coaster which aims to be spooky. The best show however is the Hollywood Stunt Driver show which involves a lot of live car stunts performed by the stuntmen. Since we went on a normal weekday, there was minimal queues for all the rides. 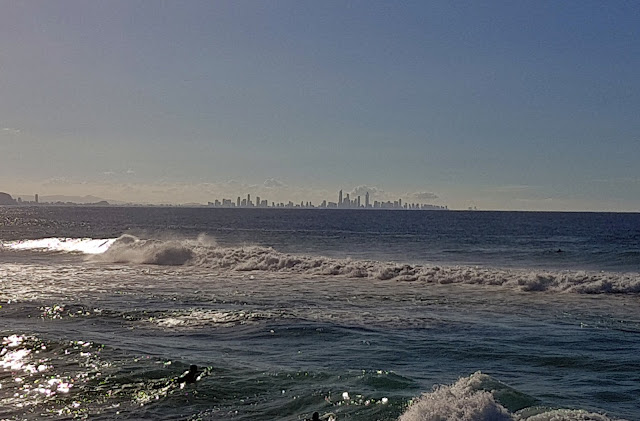 Apart from the famous Surfer Paradise beach right in the heart of the Gold Coast, there is another beach around 20kms south of the town known as Coolangatta. This is an absolutely gorgeous beach and we enjoyed our time playing in the water and watching a glorious sunset. Not at all crowded and good place to relax and unwind. One can also see the Gold Coast CBD across the water rising like a distant fairyland. 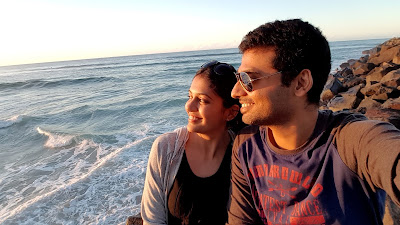 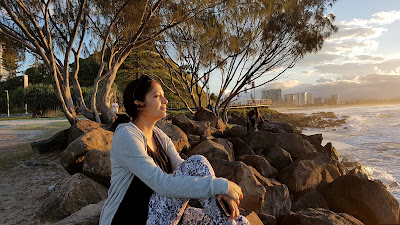 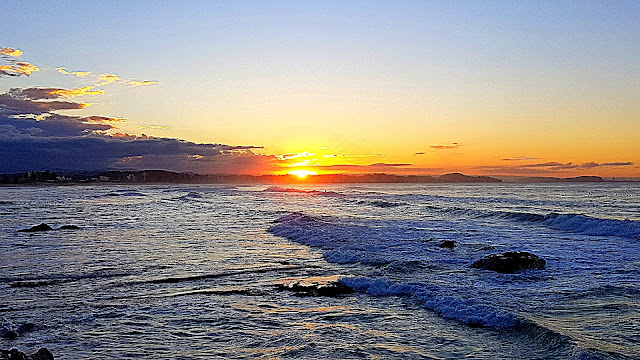